Serial Number: 849476.   This is the famous left-handed black Gibson Flying V that was especially made for Jimi Hendrix in 1969.  Hendrix took possession of this guitar in 1970.  He was photographed playing this guitar several times before his death in September 1970.  This Flying V is owned and displayed by the Hard Rock Cafe.  An identical right-handed version of this guitar was made at the same time.  The right-handed version surfaced several years ago but quickly disappeared into someone's collection.

Serial Number: 008320.   This is a very peculiar one-off that was most-likely a custom order from 1967 or an employee-built after-hours guitar.  It is also possible that it could have been built in the early 80's since some of the characteristics are similar to the model that was called The "V" from the early 1980's.  However, since it has some key late 60's appointments, like the non T-Top PAF, nylon washers, Kluson tuners, I am more inclined to think this is the "real deal" from the late 1960's.  Thanks for the pics Terry. 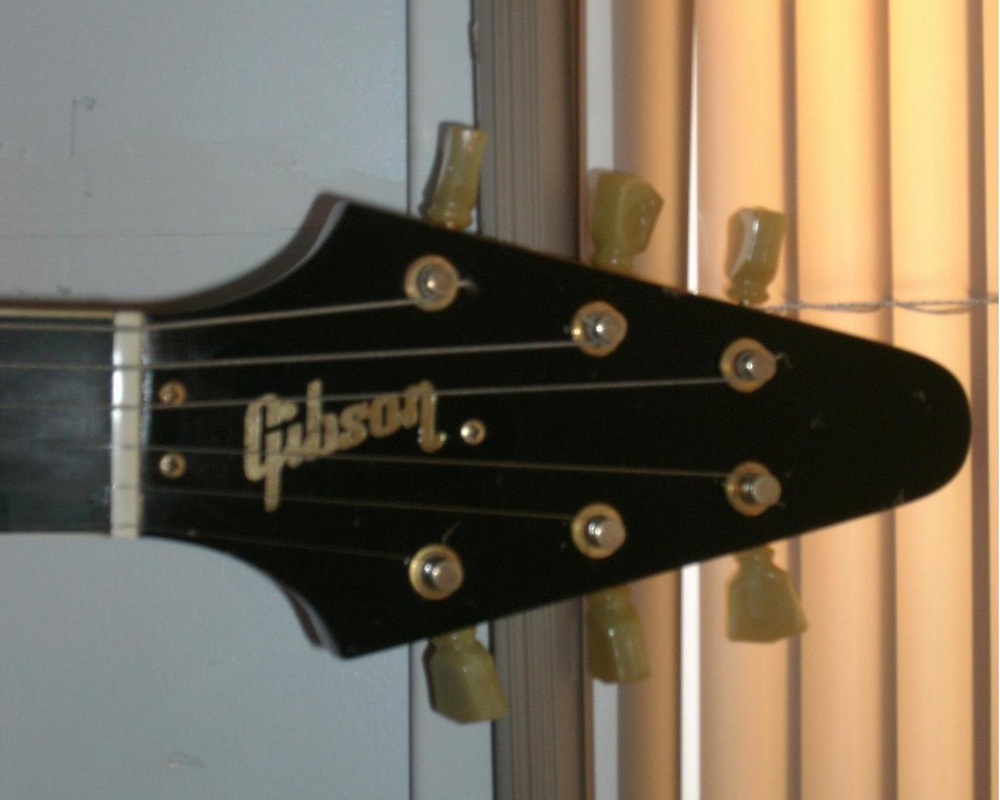 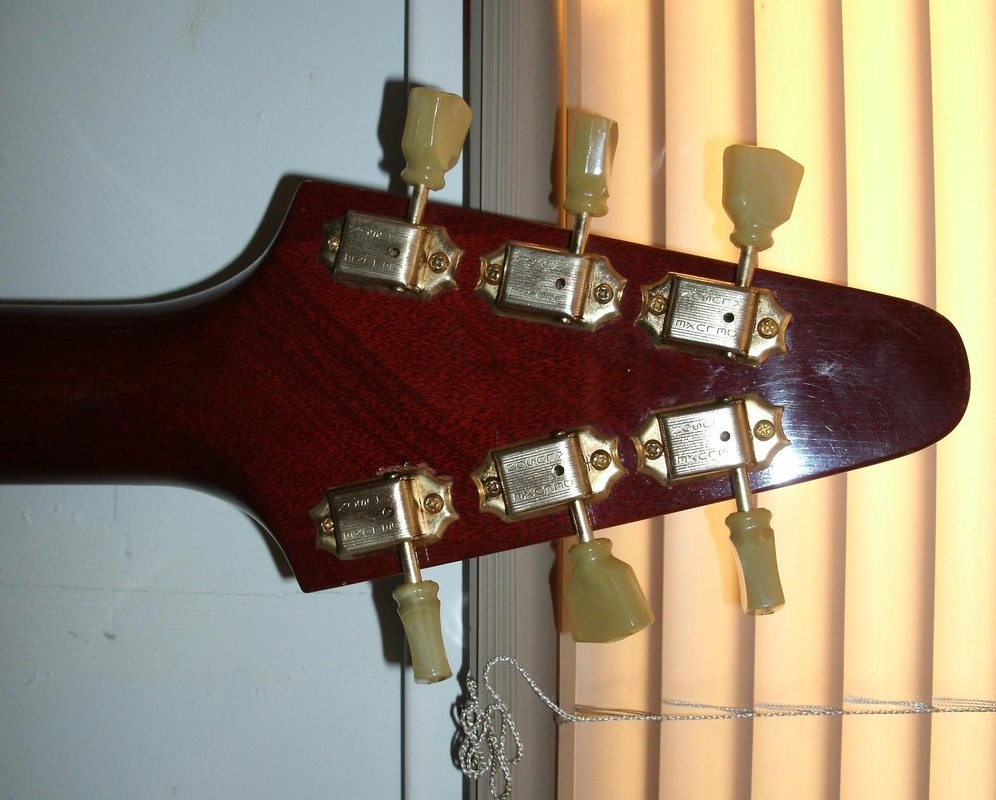 1966 Korina Flying V:  Go to the Home page and scroll down to the bottom